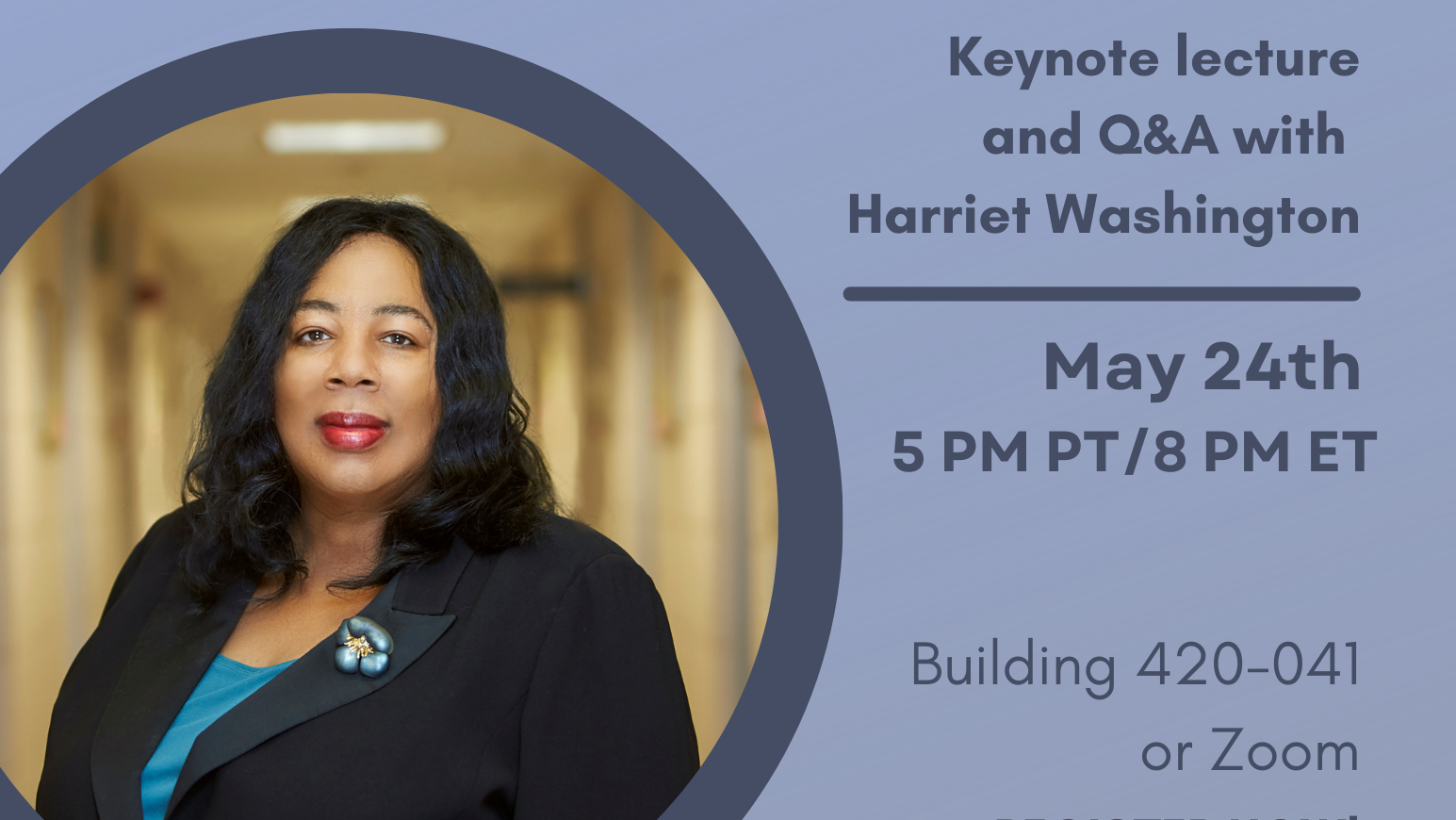 Harriet Washington is an award-winning historian, medical ethicist, and author of multiple books including Medical Apartheid: The Dark History of Medical Experimentation on Black Americans from Colonial Times to the Present and A Terrible Thing to Waste: Environmental Racism and its Assault on the American Mind. She will be discussing medical apartheid and environmental racism in the US and how corporations have utilized disinformation to disenfranchise and harm communities of color. Following this talk there will be a moderated Q&A.

About Harriet Washington
Harriet A. Washington is a prolific science writer, editor and ethicist who is the author of the seminal Medical Apartheid: The Dark History of Medical Experimentation on Black Americans from Colonial Times to the Present, which won a National Book Critics Circle Award, the PEN/Oakland Award, and the American Library Association Black Caucus Nonfiction Award and five other well-received books, including A Terrible Thing to Waste: Environmental Racism and its Assault on the American Mind as well as Carte Blanche: The Erosion of Informed Consent in Medical Research, published in 2021 by Columbia Global Reports.

As a medical ethicist, Harriet Washington focuses on ‘scientific racism’, by painting a powerful and disturbing portrait of medicine, race, sex, and the abuse of power by telling individual human stories. Washington also makes the case for broader political consciousness of science and technology, challenging audiences to see the world differently and challenge established paradigms in the history of medicine.

Her latest book, Carte Blanche: The Erosion of Medical Consent, was just released. It is the alarming tale of how the right of Americans to say “no” to risky medical research is being violated. Patients’ right to give or withhold consent is supposed to be protected by law, but for decades medical research has been conducted on trauma victims who are disproportionately people of color without their consent or even their knowledge.